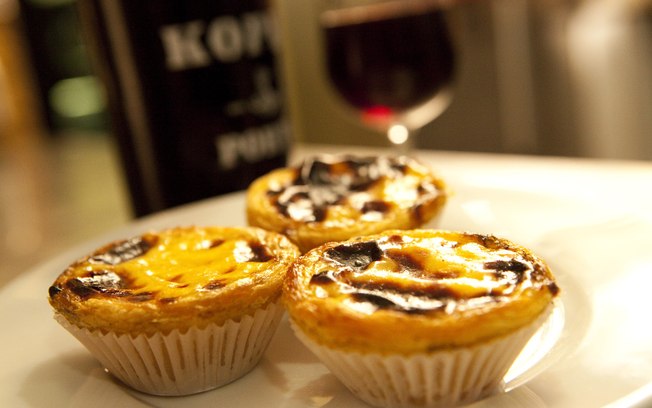 Portugal is a country with a strong history of desserts. If you’re ever in the region, you must go to a café or one of the many bakeries. You should definitely try as many as you can, but there is one you cannot miss.

One of the most traditional Portuguese desserts is without a doubt the pastel de nata. The dessert is basically a cream-filled pastry covered with sugar or cinnamon. The cream usually is made with eggs, sugar and with the higher-butterfat layer skimmed from the top of milk when boiled. And although you could find pastel de nata in about any bakery in Portugal, the one you should really eat at is the one sold in Belém, a district of Lisbon.

Portugal’s treat takes a new name there, it’s known as Pastéis de Belém, which is also the name of the store where they are sold. The store opened in 1837, and it remains the only branch in the world, making it a truly exclusive dessert. The recipe has been kept secret ever since, and only a few family members that date back from when the store first opened know its secret. Naturally, many people travel to Belém from all over the world only to taste this culinary wonder.

The thing is that a pastel de nata doesn’t really taste anything like a Pastel de Belém. Their creams are completely different from each other, with the second one being a lot smoother and always served hot. Nevertheless, you should try both, and since they’re so different you might prefer a regular pastel do nata.

If you’re in Belém you simply cannot leave without eating a Pastel de Belém, and while you’re there you should also visit the Mosteiro dos Jerônimos, a beautiful cathedral that stands tall facing the sea; along with the Monumento ao descobrimento, a monument built in honor of the famous names involved with Portuguese discoveries overseas.