Marvao, a trip through Portuguese history 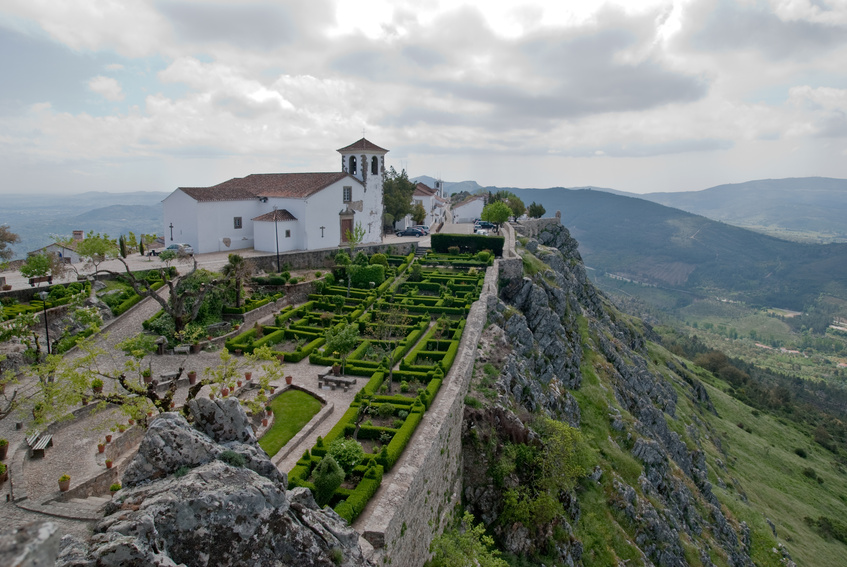 Even after a long holiday, with a lot of sun and many beach days in July and August, we still missed having some short breaks from the noise, traffic and all the excitement that comes along with big cities. We had always heard that the Alentejo region has some beautiful landscapes, historical villages and good wine. So we took the car from Lisbon and drove down southeast towards the São Mamede Natural Park in the Sapoio range.

The journey to Marvão, our destination, takes between 2 and 3 hours through the emblematic Alentejo and its uncountable kilometres of flat ‘greeness’ as well as its hills.

There it was, Marvão. We could see it from a distance and from that moment we knew we were going to enjoy the weekend.

To our big surprise and happy coincidence an Islamic Market, called Al Mossassa was taking place. It is a very rich and cultural market/fair with dancing, music and you can find all manner of gifts, art and decoration. Teas and herbs, jewelry, gems, flowers, incenses, cloths, carpets, fabrics, mirrors, bags, shoes, soaps, candles and a lot more were available to buy in the dozens of tents around the village.

Just unbelievable, we were in the middle of the Islamic market, inside the centenary walls, surrounded by belly dancers with snakes and medieval/Islamic live music.

After few hours enjoying the market we started to explore this lovely small village, with less than 500 inhabitants it has a colourful history. At least since the roman period the mountain of the São Mamede has been used as a refuge. Perhaps the strategic location, with a great and clear view and near the Spanish border, was the reason Marvão originated.

Inside of its defensive walls from the 13th and 17th century, Marvão stands imposing on top of the hill, full of history since the Paleolithic and Neolithic Period.

It’s lovely white houses and its preserved narrow streets feel like time travelling to a different era perhaps a more medieval gothic period. It has a charming, peaceful and relaxing air with its many menhirs and antas all around the place, there is also an important Roman archaeological site. The scene of several battles and political conflicts, Marvão was for centuries an important Portuguese defensive point.

Our visit could not start from any other place than the Castle. It was built in 1229 by the King D. Dinis on a crest of quartz and it is 850 metres above sea level.

Although it is a small village, Marvão still had much more to see…. such as the Virgem da Estrela Convent, the ruins of the roman city of Ammaia and the Marvão Museum.

Right at the bottom of the hill there is a river called Server with its natural swimming pools and charming hotels and lodges around it. Shame the weather was not warm enough to swim, but we don’t regret one minute of our trip after all the activities we packed in at this little treasure trove of a village not to mention the history!