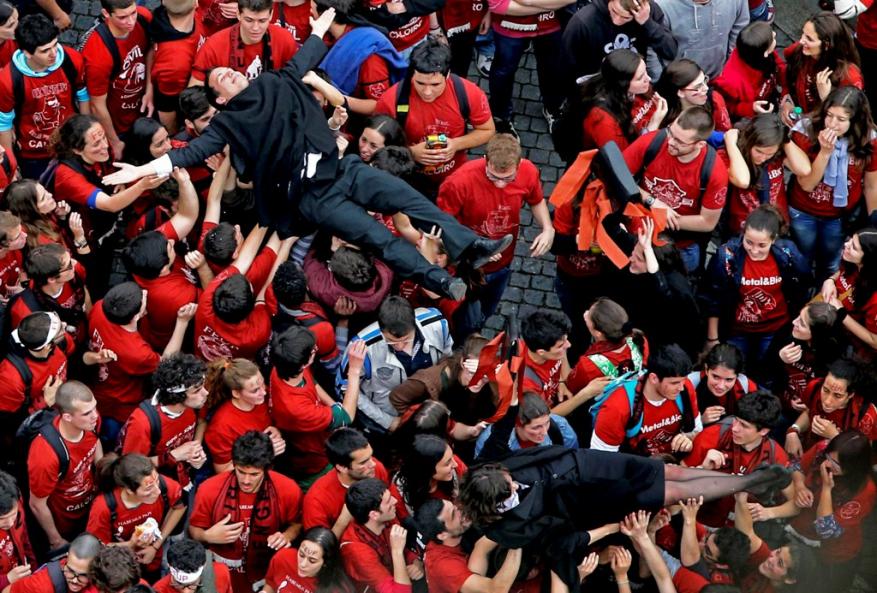 Portugal might be a small country, but it doesn’t lack of places to visit and one of the most famous in the country is Coimbra, a beautiful city that holds a lot of history in its back. Coimbra is well known for the Universidade de Coimbra, a renowned university in Portugal founded in 1290. The university turned the city into a college town and along the status of college town came a famous party in Portugal, the Queima das Fitas, Portugal’s ribbon burning ceremony.

The Queima das Fitas lasts for about a week and it happens in the middle of May. This year the celebration will occur on May 11 through May 17. If you’re in the area you cannot miss it. The celebration is organized by the students and normally don’t have to pay a single dime for the events offered.

The ribbon burning consists of many activities, one of them are the parades. The streets of Coimbra will suddenly be filled of students wearing their traditional academic attires. In Portugal, it is culture not to wash your academic attire; also, overtime the attire will be adorned with ribbons that they get for their achievements.

Dances also are a common attraction at this time. They are a perfect time to get to know new people and mingle. Besides the traditional balls that are being held, clubs and bars should be especially crowded. Nights in a college town are usually busy, but during Queima das Fitas they get even more hectic and exciting.

Last but not least, there are the serenades, which are music concerts played by the students themselves or actual converts from big names of music. The concerts usually happen on the streets of Coimbra and gather hundreds of people. In 2012, the Queima das Fitas broke a record for most people in a single concert. Over 60 thousand people attended, the musical act for the night was the DJ Steve Aoki.

As you may have noticed, there are several things to do and see in Coimbra during Queima das Fitas. Other parties to celebrate the ribbon burning happen in other cities around Portugal, in Braga, for example, the party is called Enterro da Gata, and Enterro in Aveiro.

They all offer about the same experience, but Coimbra’s celebration still is the biggest in Portugal, so make sure to check it out.