Nights out in Braga 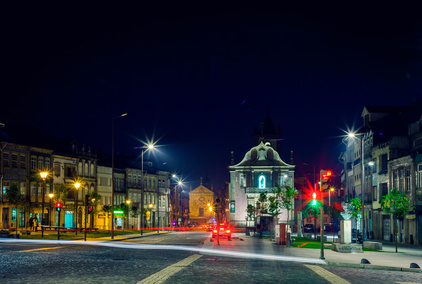 The city of Braga is well known in Portugal for having a large number of young people. One of the reasons probably is the Universidade do Minho, which is one of the best universities in the country, and it recently ranked among the best in Europe. Naturally, the city equipped itself with a number of bars and nightclubs to keep the nights interesting.

First of all, it’s cultural in Portugal to go out late at night, it usually goes like this: you and your friends meet at someone’s house at around 10pm to drinks and to have a little warm up session before leaving. After the warming up everyone would head to a bar to drink some more, which should last until 2am. Once everyone has had enough to drink they go to a nightclub to dance.

One of the most famous bars in the city is called Bar Acadêmico, or just B.R. To go you must be a student at Universidade do Minho, and the entrance is free. Security usually lets in younger people that don’t go study at the university, but you never know. If you do get in, you’ll find yourself in a youthful environment. Besides the dance floor and bar, there’s a room with arcade games.

If you’re in the mood to dance you should definitely go to Sardinha Biba, the nightclub is very popular in Braga and is always crowded. The nightclub has a great decoration and a huge space for you and your friends to dance the night away. Sardinha has a wide range of drinks for you to choose from.

If you want to see more in just one night you should head to Rua dos Bares, a street next to Universidade do Minho. The street is filled with bars and you’ll always find many people wondering around. You’ll also find many places to eat, from pizza places to kebab stores and Portuguese cuisine restaurants.
Fans of karaoke should go to Stephanie, a karaoke bar in Rua dos Bares. The space is very limited, but the atmosphere is great. If you’re not in the mood to sing just sit down at one of the tables and watch people having fun at the karaoke.

Braga might be a small city, but it doesn’t disappoint when it comes to places to go out. All you have to do is gather your friends and head to one of the many bars and nightclubs that the city has to offer. You will sure be in a treat.

Nights out in Braga
by Joe