A visit to Pedreira da Galinha 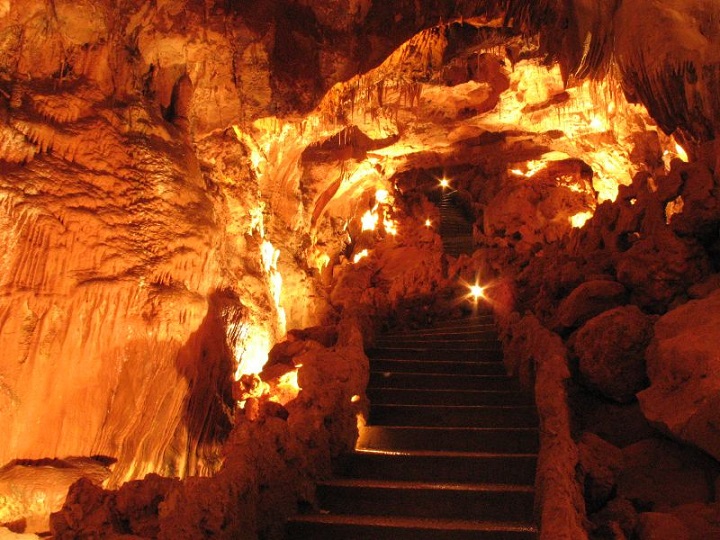 Every day hundreds of people visit the Fátima Sanctuary to feel the mystery involved with the Virgin’s apparitions.

As we had already visited the sanctuary we decided to travel around and find out what else the area had to offer. We were really surprised when we discovered that surrounding Fátima there was a lot more history than we could possibly imagine – dating back some 175 million years ago.

10 km from Fátima city, in Ourém, Serra d´aire, we found the Pedreira da Galinha. It is a quarry where in 1994 dinosaurs’ footprints were discovered.

This remarkable trackside of the Middle Jurassic period covers about 60 000m2 with hundreds of well-preserved dinosaurs tracks.

As you walk to the park, we feel frustrated at our lack of ability to identify the footprints. As you walk around the enormous area you start to identify the tracks and soon there were two clearly marked tracks side by side, perhaps a mother and a child dinosaur.

We head go down inside the quarry we have the opportunity to pass by and imagine ourselves here, immersed in millions of years of history. Its impossible not to go back in time and imagine those giants creatures passing by. As you walk to the end there is a kind of memorial with a huge tile wall explaining that period in history, which kind of creatures were living in that locality as well as how the footprints managed to be so well preserved after millions of years.

Our discoveries at Serra d’aire didn’t finish there though. Not far from there and about 25 minutes from Fátima we had to visit one of the seven wonders of Portugal, the Grutas of Mira de Aire (Mira de Aire Caves).

This is the largest cave system and the underground tour in Portugal with three caves stretching underground for about 11km. We were very excited after seeing some pictures, so headed off …

As we enter the door to visit the moinhos Velhos Cave, words can’t quite describe the unbelievable show mother earth has prepared to us. The guide tells us that we are going 140 metres down to center of the cave. Our initial thoughts are on how many steps we might have to clamber down, but as you start step by step into the colourful underworld, the walls shimmer and we’re amazed at the ancient old stalactite and stalagmites – you soon forget just how far you’ve gone!

As if this was not beautiful enough to see, at the end of our journey there is a huge lake with waterfalls and dramatic fountains.

We are literally down inside the earth, every inch is a remarkable natural spectacle to see. Our journey unfortunately comes to an end and is time to head back to the surface. Don´t worry though, there is a lift that rapidly whisks us back to the warmth of the surface.

It’s one of those adventures you could just keep going back to. Highly recommended!