The best of Portugal’s food 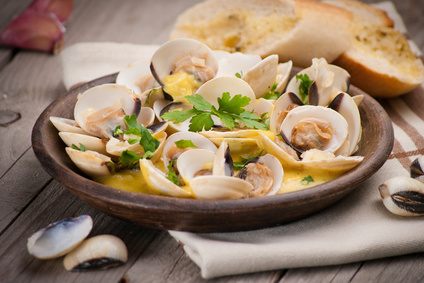 If you ask any Portuguese what is their nation’s favourite protein they would definitely answer the cod fish. There’s a saying in Portugal that states that there are more cod fish dishes than days of the year, and that is very much true. One of the most traditional recipes with cod fish are pastéis de bacalhau. Pastéis de bacalhau are fried dumplings made with cod fish that could be entrances or main dishes.

Polvo à Lagareiro, is a dish made out of baked squid, covered with olive oil and garlic and served with baked potatoes. Squid is a very popular protein in Portugal; there are dozens of other options for tourists to choose from. Also, squid is usually served cold with onions, olive oil and salsa.

The region of Porto has a very particular dish and with an even more particular name. The francesinha, roughly translated as little French woman, is a cheese, ham and sausage sandwich covered with a special sauce made with beer. The dish is usually served with fries.

Portugal’s most traditional soup is called caldo verde. The dish is made out of potatoes, onions, cabbage and blood sausage. In Portugal, soups are often times served as entrances, so you can’t go wrong with caldo verde.

Dessert-wise, Portugal also makes a strong statement. The most popular dessert in Portugal are the pastéis de nata. The dessert is a delicious pastry covered with cream and topped with sugar or cinnamon. They are usually served with coffee or tea. The best pastel de nata in Portugal can be found in Belém, Lisbon. The shop next to Jerónimos Monastery is a must for tourists interested in gastronomy.

Arroz doce is also a very traditional Portuguese dessert. The dish is basically a rice pudding cooked with lemon and topped with cinnamon. This is the kind of dessert that would remind a Portuguese local of Christmas or of any family holiday. Admittedly a comfort food, arroz doce is another must from Portugal’s cuisine.

Portugal’s gastronomy is very rich and it offers hundreds of dishes for you to choose from, and desserts are also to die for, so when you are in the country make sure to have a traditional meal.