Beaches, blog, Day Trips, the algarve, Things To Do 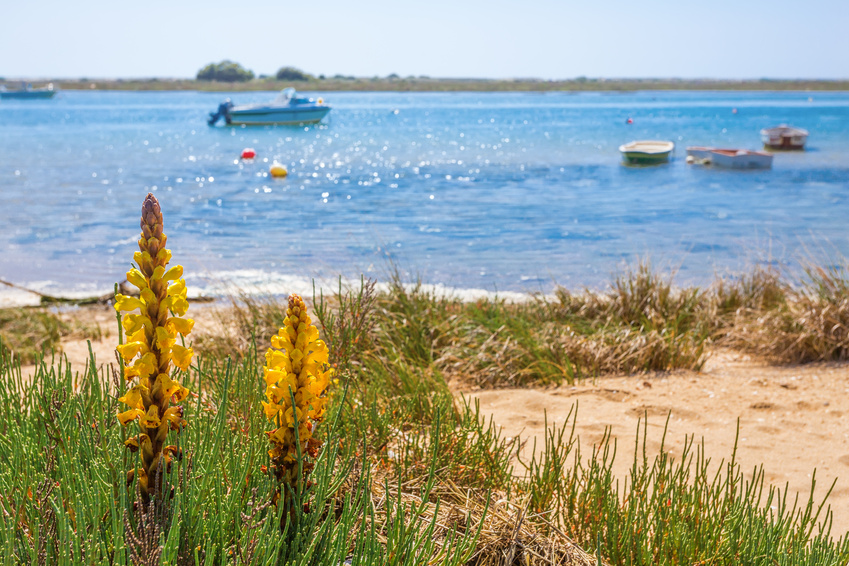 The East Algarve resort of Cabanas de Tavira is far less well known than its established equivalents west of Faro, such as Albufeira and Lagos.

It’s a far more low-key place, where your fellow travellers are as likely to have travelled from Lisbon or Spain as from Northern Europe.

More people are getting to hear of Cabanas, thanks to its top spot in The Guardian’s guide to the best beaches in Spain and Portugal. However, while it gets busy in the peak summer months, it remains a quiet sunny paradise for much of the year.

The highlight is undoubtedly the island beach, reached by jumping in any one of the small boats that depart from one of the jetties at the end of the small town’s boardwalk. These boats are frequent on warm days, and cost less than a Euro each way.

The boat ride take less than two minutes, but adds to the adventure, and to the exclusive feel of the beach. Praia de Cabanas, to give it the correct name, seems to host a slightly different demographic to many Algarve beaches, with more couples and fewer families giving it a laid-back, almost Caribbean feel.

The sand is soft, powdery and pale, and the sea is often warmer than elsewhere in the Algarve (although it’s important to remember that this is still the Atlantic and not the Mediterranean!)

There are two bars on the island. The first is visible as soon as you arrive at the jetty and serves basic sandwiches, snacks and salads. The other (open only during the summer season) specialises in cocktails, has an extensive gin menu, and also plays host to occasional DJ sets.

Sunbeds are available, and there are other concessions including a massage area, along with jetskis and other water sports in the summer. However, arguably the best thing to do is head left or right when you arrive. A short walk in either direction will provide you with almost total solitude, even in peak season.

On a hot, sunny day when the sea is calm, you’ll find it hard to believe you’re “only” in Portugal. You’ll feel like you’ve travelled much further. And you’ll also be a little reluctant to let too many people in on the secret…