Visit Pico island in The Azores?! I would! 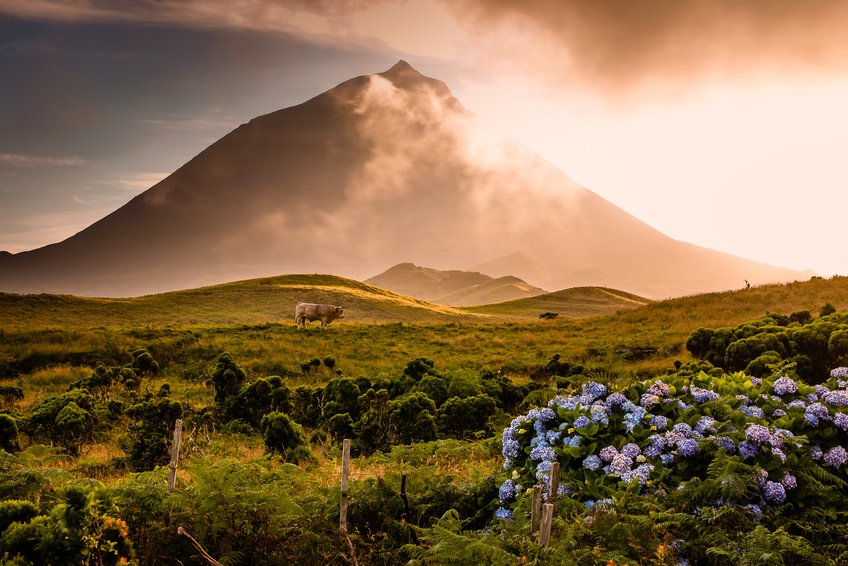 Pico is Azores’ second largest island, it is 15km wide and 42km long. The volcano on Pico dominates its western half and is the highest point of Portugal at 2351m high. This mountain is a nature reserve. The island is located in the southernmost end of the Central Group of the Azores Archipelago and is part of the three ‘triangle islands’.

The island was discovered between 1449 and 1451 by Portuguese navigators. At first, the island was known as King Dinis Island and was eventually named Pico due to the location of the biggest mountain in Portugal. Settlers arriving from North of Portugal had made stops at the islands of Graciosa and Terceira before selecting Lajes as a permanent settlement. Because of strong influence of Faial, which is located nearby, the economy revolved around dye plants and, due to the hot and dry climates in some areas of the island vineyards were introduced.The quality of wine became popular which led to the development of more and more vineyards. Pico was also involved in whaling, hunting for sperm whales in the island’s surrounding waters. The island became a station for repairing boats and recruiting more sailors for this trade. Whale hunting was officially banned in 1986 when Portugal signed the Bern Convention.

Keeping in line with the old traditions, the island is still linked to sperm whales with the tourism industry widely based on whale watching. The reinvention of wine production has also become an important contributor in the local economy; however, the dominating contributors to the economy remain fishing, cattle breeding and farming.

The unique vine culture of Pico is recognized internationally with the Pico Island Vineyard Culture classified as a World Heritage site in 2004 by UNESCO. There are two museums worth visiting on the island regarding the history of the wine making in Pico, these are Museu do Vinho near Biscoitos which has a cellar and distillery and the Interpretation centre near the airport which has many exhibits on the vineyard culture of the island.

No trip to the island would be complete without seeing the magnificent Gruta das Torres, which is a lava cave located on the side of Pico not far from Madalena. The cave is open to the public accessed with a guide, with the visitor centre built into the basalt rock, there are impressive stalagmites and stalactites along the 450m of the tunnels open to the public.