Sao Jorge in The Azores 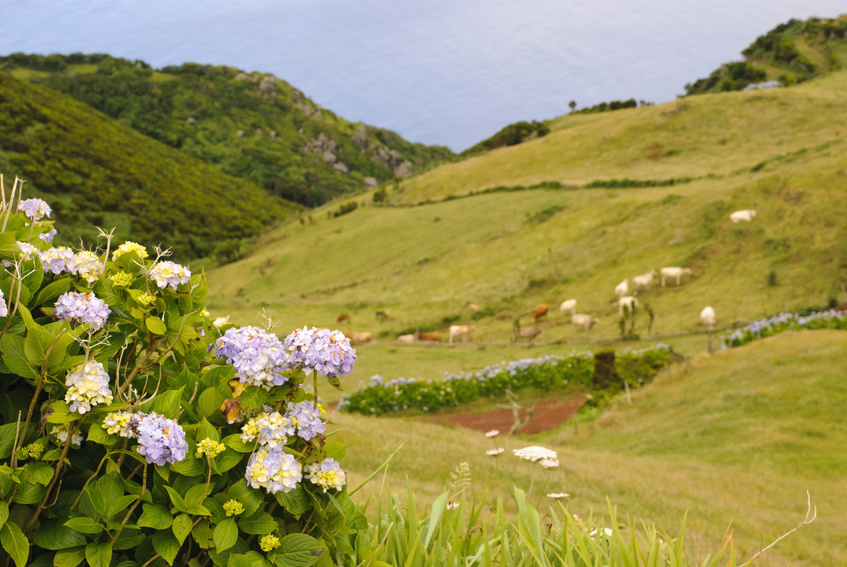 Sao Jorge Island is about 7km wide and 54km long. The island features a volcanic ridge that stretches across the island from the northwest to the southeast.

Sao Jorge is a part of the ‘triangle islands’ along with Pico and Faial and is also part of the Central Group. Pico da Esperanca (Hope Peak) is the highest point of the island.

Sao Jorge is believed to have been discovered by the Portuguese navigators who had discovered Terceira. It was the second island in the Central Group to be populated, wheat and agriculture were the primary source of economic development and prosperity on the island; the pastures were also major contributors in the economy.

For hundreds of years the island was visited by pirates and not comfortably as the locals fought off these pirate crews in 1708 and they were forced to leave the island. Volcanic eruptions and earthquakes led to agricultural crisis and extreme food scarcity. In more recent years, the fishing industry has became dominant, tuna in particular. Sao Jorge’s excellent quality pastures have made it a notable hub for cheese production from cow’s milk. Today, Sao Jorge cheese is very well known in the surrounding areas.

The coastline is craggy with many headlands, it makes it ideal for surfing and also for seabirds who nest along the coast in the nature reserves.

If you are looking for magnificent views, take in the breathtaking view from above the old port of Velas, where you can see the other islands within this central group.

Visit Santa Barbara church one of the oldest buildings on the island dating date to 1485, with its Baroque architecture.