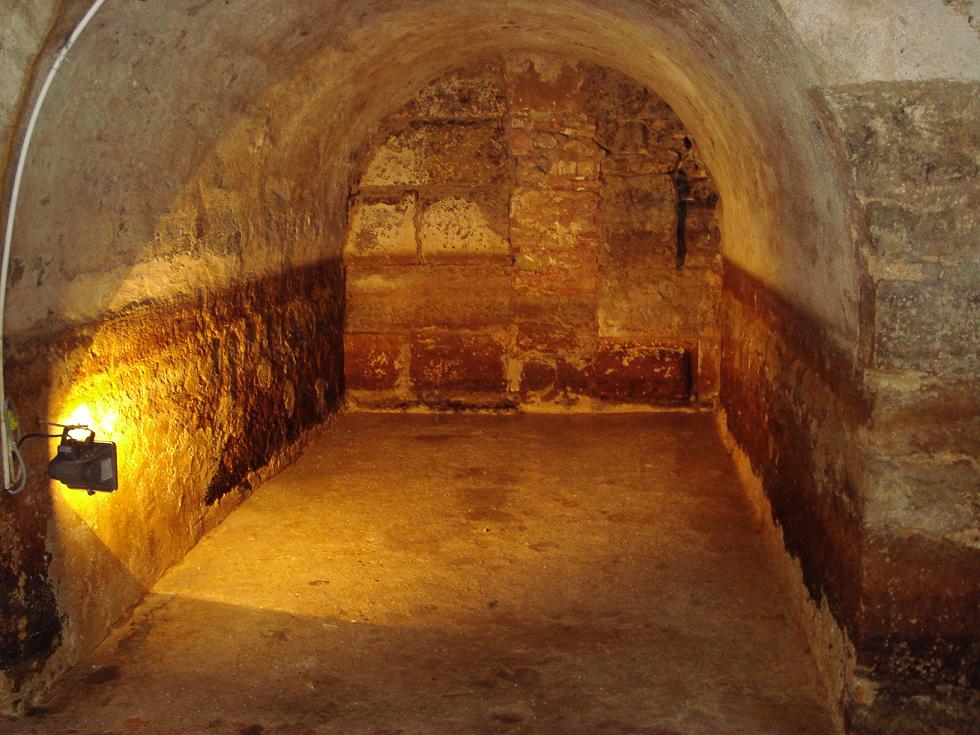 If you are passionate about history especially about the Roman Empire, you must get in the queue, and visit the Roman Galleries of Rua da Prata (Galerias Romanas).

The galleries were discovered in 1771 during the reconstruction of Lisbon when it was almost totally destroyed by the earthquake of 1755.

The galleries are hidden beneath the junction of Rua da Prata and Rua da Conceiҫão and are flooded except for 3 days of the year when it is open to visit.

It is a “crypto portico” dated from the 1st century AD and are similar to other public buildings of the Roman city of Olissipo.

Everyday thousands of people walk around the “baixa de Lisboa” and have no idea what lies beneath. The entrance is literally in the middle of the road. Some narrow steps will lead you to an underground world of tunnels, many water avenues, and a mysterious place that’s been preserved in time.

The galleries are mainly a network of parallel vaulted corridors about 3 metres high and around 2.5 metres wide.

Your visit is made in the dark and with some theatre lights, guided by the staff of “Museu da Cidade” (City museum) and Centro de Arqueologia de Lisboa (Archeological Centre of Lisbon).

Walking in these galleries is literally walking through history, the tunnels, water courses and arches in stone all way to the “Galeria das Nascentes” (galleries of springs) also known as “Olhos de Águas”. This is the place where the “Poço das Águas Santas” was, the miracle water.