Flores island in the Azores 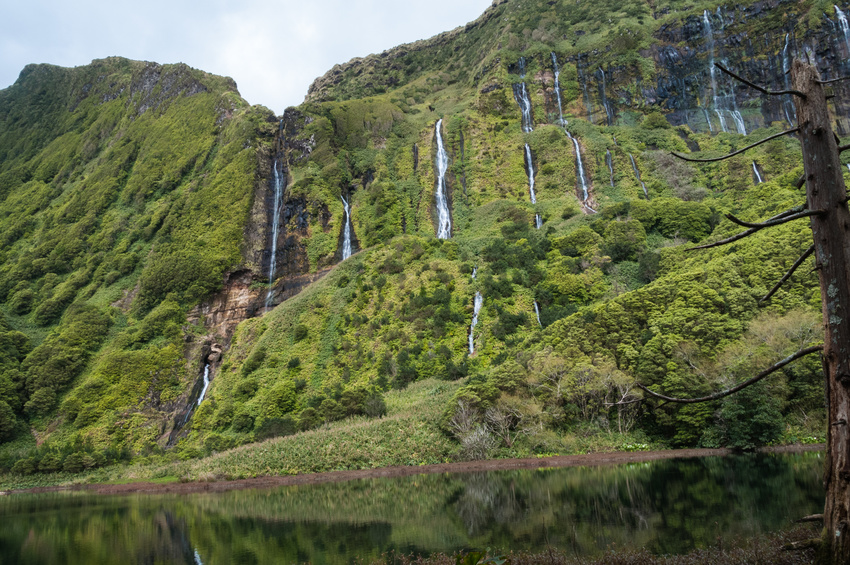 Flores is the most westerly point of land in Europe and is part of the Azores Archipelago’s Western Group.

The island is only 16km in length and 12km wide, its highest point is Morro Alto, from which you can see the evidence of the islands volcanic origins which are now covered with greenery and the laurissilva forests.

Flores were discovered by the Portuguese about 1452, the islands get their name Flores (flowers) from its bounty of natural flowers that bloom here. The economy relied on agriculture and servicing the ships that used to stop at the island, which was also prey to pirates. The main towns on Flores were developed to support the whaling industry and the extraction of oil from these creatures.

The island is a geological paradise with its many dramatic craters, lakes, waterfalls and valleys all covered with beautiful lush vegetation. One of the most impressive geological formations is the Rocha dos Bordoes,its basalt columns rise out of the hill top making it look like an imposing church organ, the rock changes colour throughout the day as the sun passes over.

Other natural wonders include the Gruta dos Enxareus, which is a cave that can only be seen from the sea and made a perfect hiding spot for pirates as the cave is big enough for a ship to sail in and hide! There are 7 lakes around the island all formed out of volcanic craters and surrounded by the most beautiful scenery. If you want to get immersed in nature why not visit the Poco do Bacalhau, a spectular waterfall over 90 metres where you can swim in the water at the bottom. Visit the lovely little village of Fajazinha and see 20 waterfalls all in close proximity with up the 300m drops.

Watersports are all very popular because of the amazing coastline on the island so canoeing and kayaking to access the caves, or take a more relaxing boat trip around the whole island. Whale and bird watching is readily available and the best beaches for swimming are amongst Santa Cruz and Lajes das Flores.

Flores island in the Azores
by drl9gs