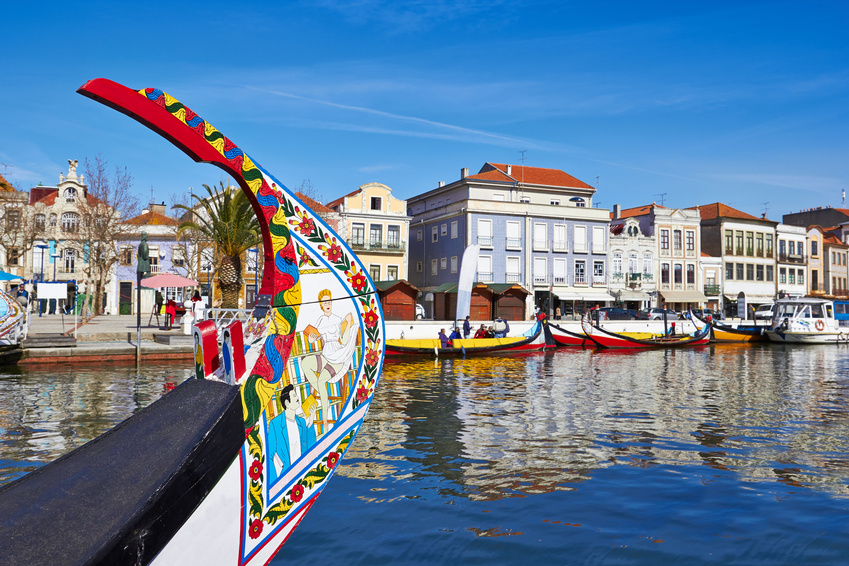 Central Portugal truly is a magical place to visit. Whilst only a small country, it is steeped in history and comings and goings from many an ancient civilisation. From any central area, you are but a few hours away from any kind of unforgettable, unique experience. From  the Apparitions of Our Lady of the Rosary in Fátima to the caves of Mira de Aire. Or from the astonishing Batalha Monetary and the giant waves at Nazaré.

A couple of hours north of Lisbon is a special city known as the ‘Portuguese Venice’ – Aveiro.

Aveiro is located between the cities of Coimbra and Porto and is a charming area dominated by the Ria de Aveiro, described by Saramago as “a living body that connects the land to the sea like a huge heart.”

The canals are like roads of water meandering through the city. You can hop on board one of the colourful moliceiro boats that take you to an unforgettable cruise along the canals.

Aveiro not only attracts tourists for its wondrous waterways, but also has a vibrant youth scene due to its popular university – with fantastic live music bars and discos – a stark contrast to its historical architectural origins.

Historically, Aveiro has been a central hub for trade and export, with its port and rail links. It has the Vista Alegre Factory where Portuguese porcelain is made, and has always been linked to sea trade, fishing and salt production. As such the population has always been on the rise.

The Art Nouveau houses, the museum and the regional delicatessen should certainly be entertained as part of your visit, as should the University Campus with its splendid display of contemporary Portuguese architecture.

The Costa Nova beach is an obligatory stop to be made. With its colourful wooden houses, the place is quite unique as a setting along the Portuguese coast.

The Aveiro “Ria” started formation during the 15th century and has become an amazing network of canals and islands. Yes, you can cruise along on one of the moliceiro boats, but there is so much more to see and do. Such as renting a BACA (Aveiro’s Water Bikes) to take a ride between Lago da Fonte Nova and the Capitania – or if you’re feeling really adventourous, why not see Aveiro and the Ria from the sky! Truly spectacular!

Before you leave you must stop in one the traditional bakeries and try some “ovos moles” (soft eggs). A traditional sweet made mainly with egg yolk and sugar, an infamous local treat.

To be honest – you might not want to leave Aveiro at all.